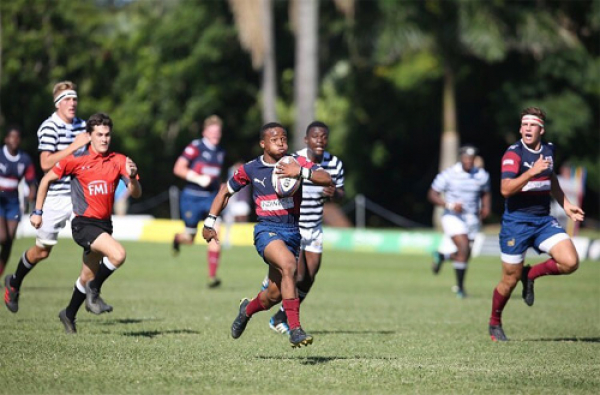 It was a massive effort from Monnas who travelled down to Durban and inflicted a heavy defeat on the Glenwood Green Machine in their own backyard. It was a victory that has helped them to threshold of the top 5 zone on this week’s First XV School Rankings.

Monument turned the tables on last year’s result against Glenwood to dish out a 48-11 drubbing against a strong team who had yet to taste defeat in 2019. With renewed confidence we can expect Monnas to prove a challenging team for the remaining of the season.

Paul Roos Gym remains perched on top of the Top 100 Rankings for this week after completing a tough assignment against Grey HS who pushed PRG to the brink but just fell short.

However it is looking very cramped on the table amongst the leading five teams with Grey College, Paarl Gim and Framesby all winning although Selborne College came very close in taking a rare Grey scalp in their 8-17 defeat.

With the Easter Tournaments and Festivals poised and ready to bring us a plethora of cross-provincial matches we are entering a very exciting stage in the school rugby calendar which will undoubtedly have a bearing on the rankings.

Please send through your team’s results to [email protected] .

The minimum amount of matches before a team can appear on this week’s rankings has been set to four matches.