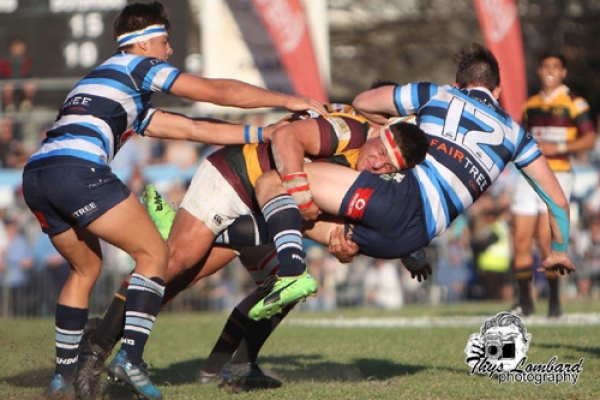 It simply doesn’t get bigger in the world of school rugby than the annual derby between Paarl Boys High and Paarl Gim.

As expected Paarl Gim were going to throw everything into this match against a team than nobody has been able to beat in 2017. Perhaps it was apt that the match would go down to the wire with Gimmies getting bitterly close to handing their neighbours their first defeat of the season. However at the end, when the dust had settled it was Boishaai who took the victory 18-13, remain unbeaten in 2017 and deservedly rest at the top of the First XV Belgotex Sports Top 100 Rankings where they have been for almost the entire season.

There was another notable win when Grey College handed Grey High School their biggest defeat between the two Greys, 73-10 ,in a huge display of attacking rugby by the Bloemfontein team who finish the year strongly in second place.