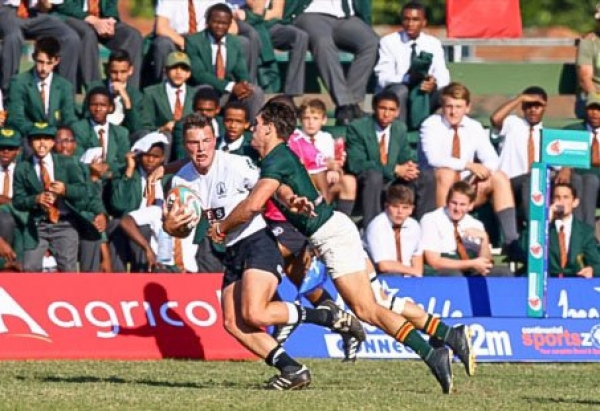 Oakdale turned in their performance of the season when they took on the leading team in South Africa, Paarl Boys High, and came within a whisker of recording the biggest upset of 2017. However Boishaai clung on to a 36-31 victory to keep their unbeaten status intact and lead this week’s Belgotex Sports First XV Top 100 Rankings.

Glenwood slide down the table after their second defeat in a row and are going to have to turn things around sharply if they are hoping for a top 10 finish. Monnas put in a strong performance against Glenwood who were looking to dust off their defeat to DHS on their last outing but despite a tenacious effort they could not quite put together the moves to outplay Monument.

SACS however have climbed briskly into the top 10 and are rewarded for a strong few weeks which of course include their memorable Grey College victory.

Although KES had to fight hard to stay unbeaten when they faced off against a committed St.Benedicts team, the big casualty of the weekend was undoubtedly Grey High School who had successfully edged their way into the top five after an unbeaten run of 10 matches. Yet it was St. Andrews College who would spoil the dream season with a great win over the Port Elizabeth team who lose some traction on the rankings table.