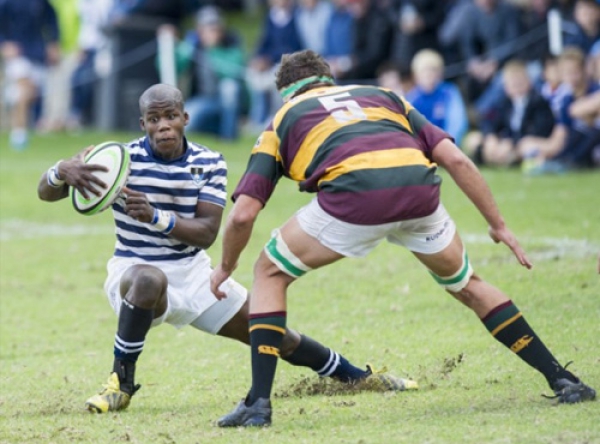 There were a few memorable victories during the past week in what is fast becoming one of the tightest seasons amongst the leading teams on the Belgotex Sports First XV Top 100 Rankings.

Boishaai, as has become the norm, extended their marathon unbeaten streak when they took on a committed Paul Roos Gym team who have had a season of near misses and could easily be higher up the table but for the bounce of the ball. Still it was another win for Paarl Boys High who are entrenched at the top of the table.

However it was KES who would have felt the pain of defeat the most this week, when they were finally conquered this season by Monnas in a match that went down to the wire. KES don’t slide too far down the rankings thanks to DHS who produced their finest result of 2017 when they beat Glenwood in an epic dual between the two Durban neighbours. The defeat of the Green Machine causes them to slide out of the top five, making way for a victorious Helpmekaar. The unbeaten Grey High School along with Monument are locked at position five.

Back to DHS, the once sporting powerhouse, have put together a great First XV this year which has added some much needed lustre to this great school’s sports image which has struggled to sparkle in the past decade. Now with 7 straight wins to their name they enter into the top 20 their highest position for many years.

Perhaps an even bigger victory was the one by SACS who took on Paarl Gim and although the score was close many believe that if SACS had been able to finish several moves they could have won by plenty on the day. Arguably SACS are a tad undervalued in position 11 at the moment but another victory could well see them entering high in the top 10.