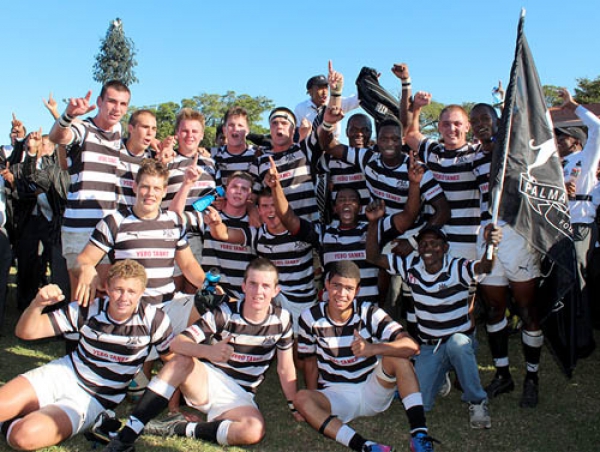 A sensational and indeed historic win by Selborne College over Grey College has knocked the great grey giant on its heels and back a notch on this week’s Belgotex Sports First XV Top 100 Rankings, which still sees the unbeaten Boishaai firmly in command of the No.1 position.

It will be a moment Selborne’s Thomas Bursey will be talking about for the rest of his life as his winning try snatched a memorable come-from-behind win over Grey College who suffered their second defeat in a row. The win catapults Selborne to within striking distance from the top 10 zone and if they had not suffered a defeat at the hands of Dale College last week they could well be a lot higher.

Paarl Boys High continue to steam roll their way through the season with a devastating display against Rondebosch who did well to get points on the board in what was one-way traffic. The defeat of Grey College and another thumping win by KES has resulted in the Johannesburg team moving into the lofty heights of second spot on the rankings and who could deny their class this year as they still remain unbeaten.

It was a weekend of some interesting if unexpected results, with DHS who have struggled of late scoring a stunning win over Maritzburg College and have now won their last six matches. Affies climb back amongst the leading 10 teams in the country with their win over Westville and Paarl Gim keep their race to the top alive with a hard fought for win over Oakdale who came close to causing an upset.