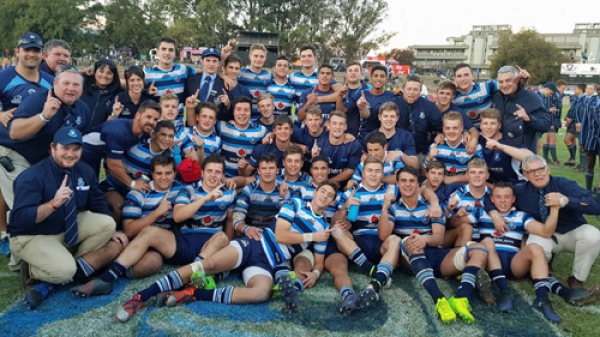 As the dust settles on the 2017 season we take a moment to reflect on some of the mighty performances that took place this year and salute the boys and coaches who delivered a smorgasbord of high class rugby during the year.

Any team that can claim a win over Grey College will without much doubt view that result as the highlight of their school career. Two teams were able to claim victory over Grey in what turned out to be epic matches. Boishaai were perhaps the most convincing with a 46-31 victory, but perhaps one of the upsets of the season must go to Selborne College who played out of their skins to hold onto a memorable 20-19 win over Grey College.

Boishaai as to be expected featured in many of the best matches of the year as they peeled off win after win in their unbeaten season. Oakdale put up a huge challenge to Paarl Boys High but failed at the end to convert their chances as did Boland Landbou who came within a handful of points of exacting a win. However arguably it was their final match of the season against rivals Paarl Gim that kept the faithful on the edge of their seats the most as Gimmies fell just short of handing Boishaai their first defeat of the year.

In the end though the season will be remembered for a dominant display by Boishaai that few have ever witnessed and therefore they deservedly finish the 2017 season as the No.1 Ranked team on the Belgotex First XV Top 100 Rankings.

Well done to all the teams, players and coaches and thank you for regularly submitting the results. Until the new season begins in 2018!