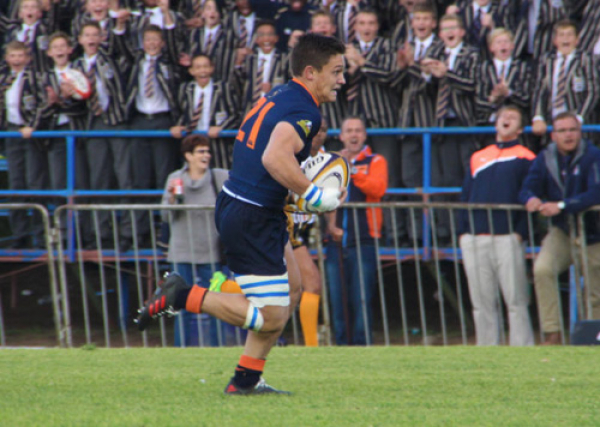 It was billed as the ‘season final’ as two of the country’s most successful teams in 2018 locked horns in what turned out to be a bitterly close affair.

Grey College who had gone unbeaten this season and Paul Roos Gym who likewise had failed to lose a match duelled it out and by the time the final whistle was blown it was Grey who took the victory narrowly 28-26. Grey College gave everything to get the win and although they had been forced to share the spoils with Glenwood a couple of weeks ago have finished their season undefeated.

It was certainly not the way PRG would have like to sign off their season which must arguably be one of their finest. The hard work during the year against quality opposition which resulted in a hunger for big winning margins has just been enough to give them the No. 1 spot on this week’s First XV Top 100 Rankings.

And although Grey College made up significant ground due to their win they still remain fractionally behind Glenwood in second position. It is true to say that when we look at the performances of the three top teams very few would question their status and on their day any of these powerhouses could do justice against any team in the world.

Another titanic match was played between Monument and Helpmekaar which Monnas went on to win and they received the Virseker Trophy for their efforts. On their day Monument proved that they can compete against anyone and they dismantled a quality Helpmekaar team who had week’s earlier beaten them.

Boland Landbou move up into the top 10 zone this week with Helpmkaar losing their footing and slipping out of the top ten.