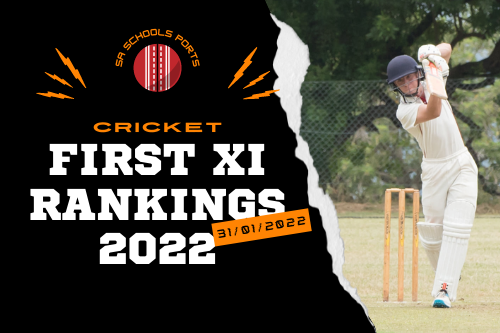 Another unbeaten set of results for the leading 5 teams in the country which sees the three Cape teams leading the way.

Rondebosch, who are a victim of their own success missing several of their key players who involved in SA U19 and CUBS cricket,  managed to overcome a buoyant Paarl Boys High outfit who were up for the fight. The win keeps Rondebosch unbeaten and at the top of the table.

Bishops continue their strong run of form and likewise are unbeaten although they were forced to accept a draw with Wynberg in their 2 innings matches. Abel Mokwena was in prolific form for Bishops with a brilliant 109 runs but Wynberg did enough to share the spoils.

In the big KZN City Derby between St Charles College and Maritzburg College, it was the Saints that edged out Maritzburg College with a 28 run victory as Jason Muirhead (88) and Ntandoyenkosi Zuma (54) laid the foundation for a winning total.

At this stage of the First XI School Cricket Rankings only teams that have played a minimum of 3 matches have been included.