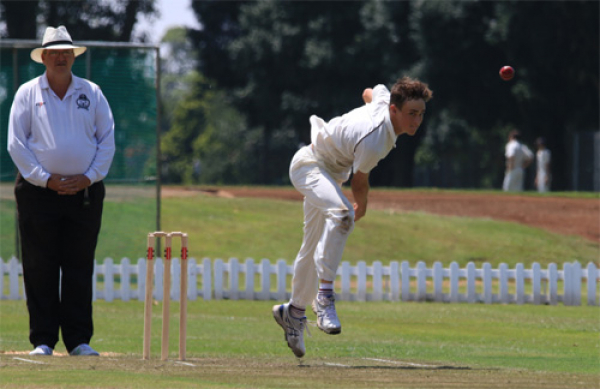 After a busy few weeks which has seen many of the leading teams in action, we are looking at a very tightly bunched top half of the table with Rondebosch fractionally ahead of SACS, Grey HS and Hilton College.

Last week Affies enjoyed a close win over Jeppe with Jaco Beneke in good form as he formed the backbone of the Pretorian’s batting line-up with an unbeaten 69 runs.

Bishops were too good for Paul Roos Gym and Hilton College dished out a drubbing to Clifton thanks to Nicholas Hatton and Slade-Lee van Staden who both went to three figures, 118 and 129 respectably.

Other notable performances came from Kearsney’s Cade Carmichael who fell just short of a century in his team’s win over Glenwood. Matthew Murray (4/26) and Jared Brien (4/28) for Kearsney also were sublime with the ball and played a pivotal role in the victory.

Northwood continue their resurgence with their second consecutive win over Maritzburg College in the 50 over format and move up the table after struggling to get over the line in the first term matches. Ali Hamid fell desperately short of his ton but helped to post a total that was just out of Maritzburg College’s reach.

Liam Moster scored a fine century (112) for St Stithians in their win over St Davids Inanda and was ably supported by Billy van Zyl who finished on 91 not out.