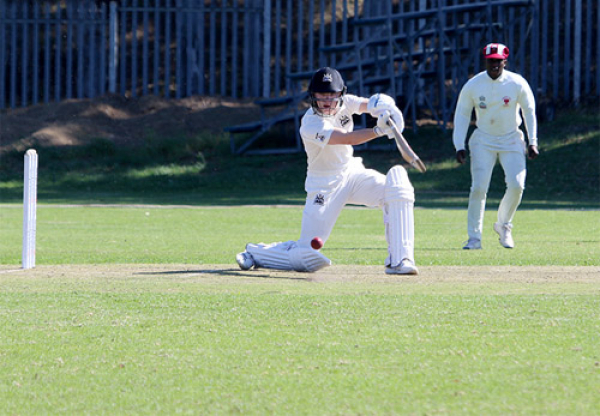 The cricket season has resumed for many teams across the country and already we have seen some great results with the bat and ball.

Jeppe who find themselves just outside the top five zone on this week’s First XI Top 60 Cricket Rankings had to settle for two drawn results last week despite the bowling efforts of Cian Robertson and Cael Murray who claimed 6/58 and 5/24 respectively in their match against CSA TAP XI.

Maritzburg College hung on grimly for a draw against St John’s College who had the PMB side on the ropes but just could not deliver the knockout blow. Connor Esterhuizen who lambasted the Maritzburg College attack for 188 runs off just 147 balls and JP King with 131 runs put on a 279 run partnership for St John’s in a wonderful display of batting.

Other good performances from the past week included Cameron Rowe of St Stithians who plundered 174 runs against Paul Roos Gym at nearly a run a ball. Noordheuwel’s Ronan Hermann scored a patient 104 runs in their match against St David’s Inanda and Roch Rautenbach from Noordheuwel pummelled 192 runs against St Albans.

Please remember to send through your results to [email protected]

The Cricket Rankings are based on a formula which factors in: strength of opposition, home/away status, margin of victory, margin of loss, actual result (W/L/D) and others.