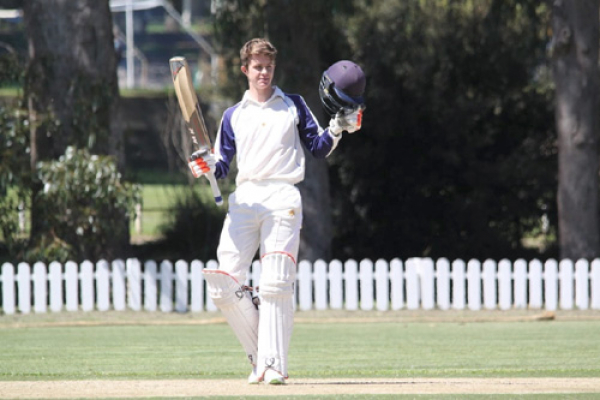 KES put together one of their finest wins of 2018 when they took on the KZN powerhouse, Hilton College at the Oppenheimer Festival which helps to nudge them up to the second spot on this week’s First XI Top 50 Rankings.

Despite a well struck 107 runs by the Hilton run machine James Ritchie, KES managed to fashion a tense 6 wicket win over the top team in the country. KES made a clean sweep at the Oppenheimer Festival winning all four of their matches as they look to finish the season strongly.

Hilton College however were able to regroup and record three good wins over St Andrews College, Jeppe and Westlake from New Zealand which included a 150 from Sclanders.

At the Cape Schools Festival Grey High School came close to winning all four of their matches but had to hang in for a draw against Wynberg who managed thanks to Tando Ntini to post a total that was challenging. However Luke Beaufort was in impressive form for Grey High ending the festival with an average of 117 runs!

Rondebosch were the other form team as they too went unbeaten although they had to settle for a draw against a strong St Andrews School side. Guy Sheena spun his way to 5/92 in that match but it was not enough to separate the two teams.

Lehan Botha struck an imperious 174 not out in Rondebosch’s victory over Dale College while Gabriel Gad hammered an unbeaten 116 against Queens College to underline the batting strength of the Bosch team.

Other noticeable performances from the past week included Jono Bird of Bishops getting to three figures against Selborne College with 119 runs and Kai Curran from SACS putting together a fine innings of 122 against the same opposition.

Garnett Tarr from St Andrews School also reached a century (106) in what turned out to be a big win over Wynberg College. Sadly for St Andrews School they were unexpectedly undone by an over watered pitch in their match against PRG in what was otherwise a good week for the Free State team.