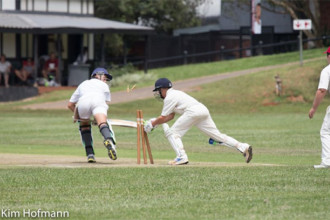 However, the Independent Schools Week dished up some excellent cross-provincial matches which have seen several teams affected by the results.

Hilton College although going unbeaten during last week’s matches were forced to settle for two draws and a tied result which blunted their chances of making inroads up the table. Yet their 4 wicket win over St Stithians would have been enjoyed.

Affies have surged up the table following their wins over Paul Roos Gym and Rondebosch with Leighton Troskie hammering a fine 114 runs against PRG.

SACS faced down lesser known Langenhoven Gim and Paul Roos Gym to represent the Cobras at the Coke T20 finals later in the year. The two wins keeps them within striking distance of the top spot although there will still be plenty of cricket played in 2020 for them to mount a challenge.

At this stage of the season the minimum total of matches teams need to have played to appear on the rankings table is 5. This could be a reason why some teams have not appeared this week.

Please send through your First XI’s results to [email protected]