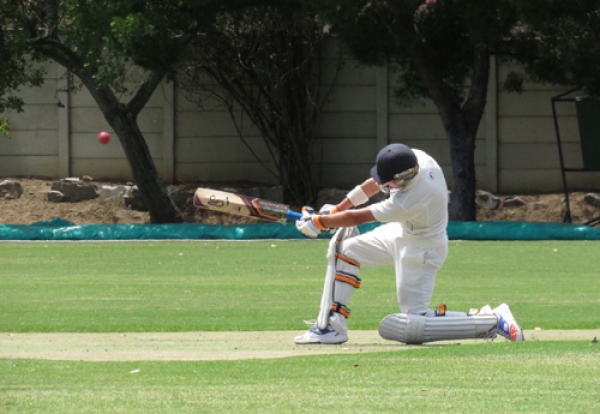 A strong win by Wynberg over arch rivals Rondebosch has helped them to get back into the Top five of the Belgotex First XI Top 50 Rankings this week.

Wynberg’s Josh Breed was once again in top form as he ripped through the Rondebosch line-up with figures of 7/52 to help reduce Bosch to just 170 all out. A solid knock by Grant Martin of 74 gave Wynberg a good lead going into the second innings but once again Rondebosch lost their way as they could only set Wynberg a mere 85 runs for victory.

After a good start to the season Rondebosch have struggled of late and will be hoping to stop the bleeding come their next fixtures.

There was also a good innings played by St.Andrews College batsman Peter Jarvis who laid into the Kingswood College bowler scoring 111 runs and helping to set up an overwhelming victory.

DHS who has still produced more international cricketers than any other school, turned back the clock last week with an unexpected win over Clifton who had promised big things this season. In a low scoring affair DHS reduced Clifton to a mere 88 runs to snatch a memorable victory. However DHS will need many more of these types of performances if they wish to recapture the glory of former years.

Other great individual performances from the past week came from Kearsney’s Michael Brokensha who got a hat-trick in their win over Northwood. Tuan Harrison helped set up their win for SACS over Western Cape Sports School with match winning figures of 5/8 and Nelspruit’s Grame Bouwer struck a century in their win over Waterkloof.

Perhaps the finest all round performance must go to the St.John’s College all-rounder Martingano who not only scored 126 runs but also took 6/87 in their drawn match vs St Albans.

We still are looking at St.Stithians at the top of the table as they continue their unbeaten run followed by Michaelhouse who is also unbeaten so far. The other unbeaten sides so far this season are Maritzburg College, St.Benedicts, Nelspruit and Hudson Park.

Please send through your results to [email protected] to ensure they are all recorded for the next publishing of the rankings.