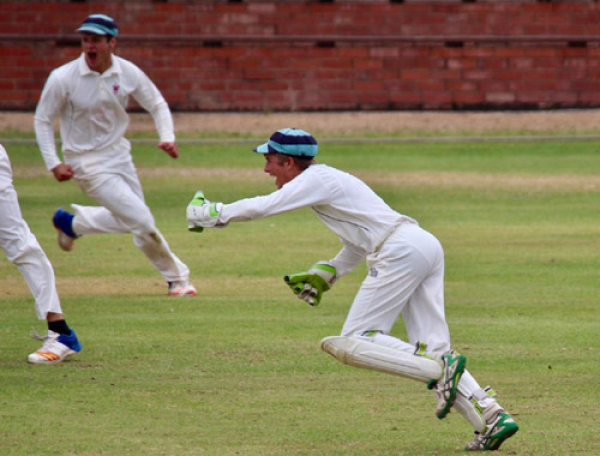 Rondebosch who until last week had gone unbeaten from eight matches came horribly unstuck against one of their old foes SACS which has cut their lead at the top of the table.

Despite the heroic efforts of Siviwe Nkonzombi who took 6/54, SACS hunted down the modest total set by Bosch thanks in part to a fine half century but Kai Curran to clinch a 3 wicket win.

There was another surprise result for some when Grey High School suffered another defeat this year and it turned out to be a huge 9 wicket loss to St Andrews College. With the inform batsmen of Nicholas Keevy and Luke Beaufort at the crease it did look as if Grey HS would walk out of this scrap with the win. However the St Andrew’s bowlers led by Miles Danckwerts and Liyama Dotwana stayed patient outside off stump and encouraged some strokes towards the cover region. St Andrew’s College held onto their catches and Grey never recovered from 39/4. The ball went to hand and Guy Rushmere was accurate at the end of the innings, St Andrew’s College bowling Grey out for 88.

There was plenty of rain about this past week with many teams failing to complete their matches or even getting on the field. The First XI Rankings for this week reflects teams with 3 or more results.

Please send through your results to [email protected] to ensure they are included.