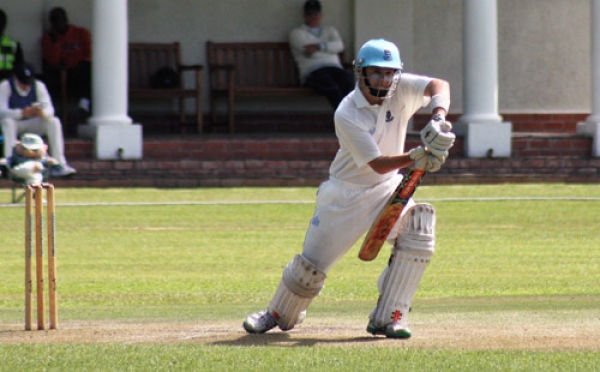 There has been plenty of cricket played in the past two weeks with Cape Schools Week and the Oppenheimar/Michaelmas Week seeing many of the leading teams in action.

This Week’s Belgotex First XI Cricket Rankings still has St. Stithians in the primary position with several of their players finding a prosperous vein of form in recent matches. Joshua Richards scored some excellent centuries against Clifton (128) and Glenwood (131) in a dominant display with the bat.

Grey High School made up some ground on the table with a strong showing in their Cape Schools fixtures which they hosted this year. This included wins over St.Andrews School and SACS . Tiaan Van Vuuren finished on 94* in their win over St. Andrews .

Matt Dewar scored 181 runs for Selborne College as they played out a high scoring draw with Rondebosch and then it was the turn of Paul Roos Gym’s Ruan Terblanche to reach three figures when he struck 111 runs in their win against Union.

Perhaps the biggest upset of the week was Dale College’s win over the fancied Wynberg team with Babalo Mbolompo returning figures of 4/33 for a historic win for Dale. Unfortunately they failed to live up to this performance during the rest of the Cape School’s Week.

Please send your team’s results to [email protected] to ensure they are all included.