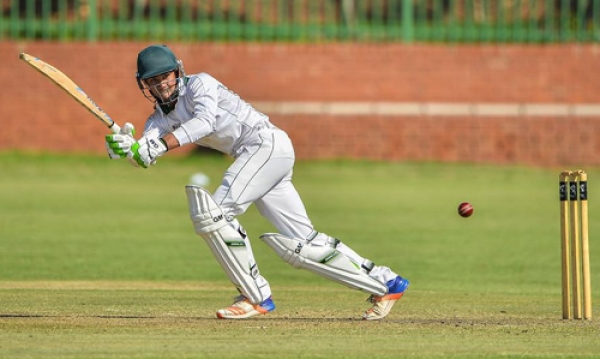 St Stitihians came close to slipping on the proverbial banana skin when they faced a motivated St.Benedicts team who were in no mood to bow down to the leading team in the country.

Saints who have brushed aside most teams with comparative ease in 2017 were bowled out for 192 runs which proved to be a mere 9 runs too many for St.Benedicts who put up a fine chase only to fall just short of what would have been a memorable victory.

Yet Saints find themselves still at the top of this week’s First XI Belgotex Sports Top 60 Rankings with Hilton College challenging closely in second. Hilton College have been in tremendous form this year, managed by former Protea player, Dale Benkenstein, they managed to claim yet another win over Maritzburg College thanks to Brandon Mc Mullen and Alex Roy both getting 3 fors to help set up a 157 runs victory.

Michaelhouse is another team that will be pleased with last week’s performances as they bagged a win over Kearsney College who set up a total of 261 runs which proved to be too small a total to prevent House from clinching the win.

There was a brilliant 115 runs struck by the Affies batsman, Herman Rolfes which helped secure them a win against their rejuvenated neighbours, PBHS who fell 28 runs short of a much needed win.

Jayden Rossouw from Bishops will be happy with his contribution to his team of 6/93 and Rondebosch’s Daniel Moriarty spun his way to 5/61 to help set up win over Paarl Gim.

Please continue to send through your team’s results to [email protected] to ensure they are entered.