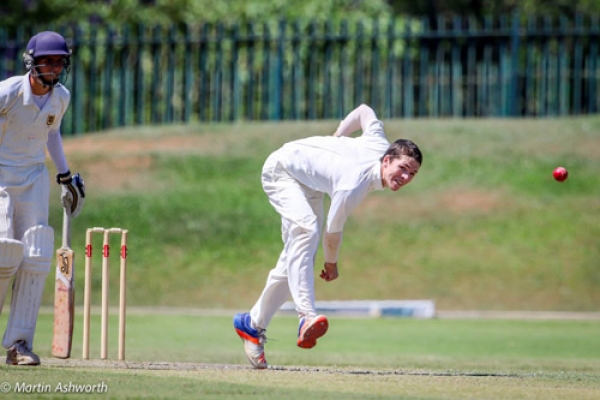 As the final matches for the 2017 season get played we have a very settled table for this week’s First XI Belgotex Sports Top 60 rankings.

However the big match that was played last week was between Hilton College and Michaelhouse who were placed 2nd and 3rd respectively. It had the makings of a tight finish and it nearly delivered on that however Hilton College, true to the form indicated on the rankings, managed to outplay Michaelhouse and take a 4 wicket win over their traditional rivals.

Hilton College have been in sublime form this year and have managed under the coaching of Dale Benkenstein to finish the 2017 season strongly winning 78% of their matches and deservedly are one of the powerhouses for school cricket this year.

Rondebosch now move into the third position on the rankings with House dropping to fifth following their loss. One of the big upsets from last week was the outstanding display from Paarl Boys High who got the better of Wynberg. Shaun Fouche notched up 130 runs with good support from Theo Louwrens who got to his half century. Wynberg earlier posted a competitive 256/4 thanks to Cameron Tanner, Kyle Lamb and Raees Carr all getting well struck fifties. However Boishaai chased down the score to record a memorable victory.