Home Rankings Rugby Do Late Developers Really Have a Disadvantage? 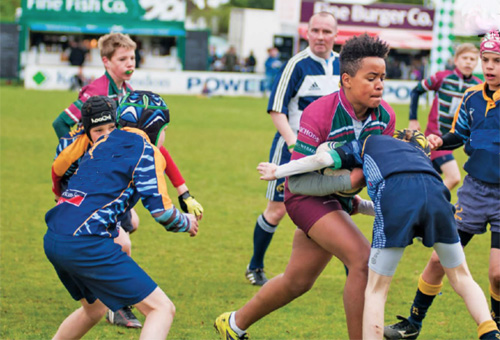 We have all seen those boys who develop earlier than their late developing peers, they are taller, faster and stronger than many in their age group. Are they really advantaged?

Dr Jason Tee discusses how late-developers may actually be advantaged (as opposed to early-developers) in their development pathways, and can ultimately become more successful in sport.

During the first week of July 2016, I had the opportunity to attend the Grant Khomo National u16 rugby week as a coach. The u13 Craven Week was played in parallel and I had the opportunity to observe and interact with some of the u13 players. I took great amusement in watching the alarm in their faces when I pretended that my u16 brutes were also in fact u13. I’m not all that sure why they were that worried though? Walking around the tournament I regularly came across u13 boys who would not have looked out of place in my team. It became clear quite quickly that David and Goliath style mismatches would not be uncommon in this competition (see picture below). 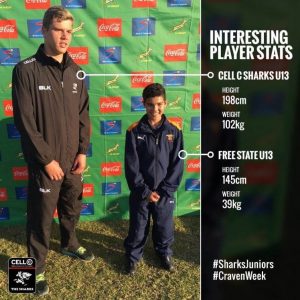 Being of rather diminutive stature myself, I certainly sympathized with the little guys, and found myself admiring how brave they were to compete against such odds. I found myself wondering what the chances were that any of these young enthusiasts would be Super Rugby stars one day, and whether it would be the giants, or the imps who survive?

Only 1 in 6000 U18 Craven Week Players become Springboks

Fortunately, we don’t have to just guess at these odds, because like-minded researchers have already done the leg work for us! Firstly, it’s important to point out that the odds of any player surviving from u13 to senior Springbok level are very small. Only, 1 in 5 players who play in the u13 Craven Week are selected 5 years later to play at the u18 Craven Week (Durand, 2011).

The dropout rate from there on becomes even steeper, with only 0.02% (1 in 6 102 players) of players selected for the national u18 week going on to play at the highest level for the Springboks (Durand, 2016).

Based on these numbers, it is a little sad to know that I probably wasn’t watching the future starts of South African rugby battle it out, but more likely the guys holding the spaces in the teams until the real talents emerge. Despite these overwhelming odds, one or two of 2016’s u13’s are still likely to go all the way, but can we guess which ones? My money is on the little guy, and I’ll tell you why!

Firstly, it’s important to note that the size difference seen in the picture above is likely the result of two non-modifiable factors, genetics and maturation status. You have got to choose your parents pretty well to be 198cm tall and 102kg as a 13-year-old. These numbers put this boy in the 99.99th percentile for height in the world at his age. The other little fellow is unlikely to ever be that tall and would probably be rather unhealthy were he ever to be that heavy. The other difference in these two players is that there is likely a difference in their maturation status.

The diagram below illustrates how it is possible for two boys of the same age to achieve physical maturity at different rates. The big player in our example is almost certainly an early maturer and already past his peak height velocity (PHV) (if not, watch All Blacks 2026!). This confers him with a number of advantages. As an early maturer he will have better developed strength, speed, aerobic and anaerobic power than the rest of his cohort at this age. Our small player on the other hand, still has is PHV growth spurt to look forward to where he will make rapid gains in these areas. Unfortunately, it may still be a few years before this happens, and in the meantime he has to hang tough in the face of this grossly unfair mismatch. 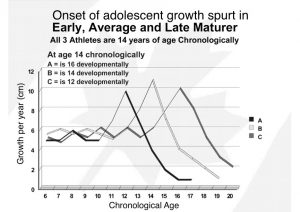 The biggest problem with trying to identify talent in the face of differing levels of maturity, is that there is an inevitable bias towards picking the bigger, stronger, and faster boy. However, research is emerging to show that the least mature players in junior representative squads, are the most likely to transition into senior national squads (McCarthy, 2016). The reasons for this phenomenon are not clear, but its likely that relatively less-mature players develop skills and experience while competing with more mature boys that place them at an advantage in senior competition. Once all the players have reached maturity, the skill set that allowed the late developers to survive playing against bigger, stronger, and faster opponents, becomes the skill set that allows them to thrive at the highest levels of competition.

Famously, Lionel Messi, the world’s best football player (2010-2012, 2015) was noted as being small for his age (Exhibit A below!). So was Diego Maradona. And more recently, premier league superstars Harry Kane and Jamie Vardy. Clearly, late developers can make it to the top in football. Whether this is possible in rugby is unclear. In a game that often values size over skill, less mature players could easily be cast aside by the selectors.

However, it should be a comfort to these players to know that if they can hang in there, they may ultimately arise to be the best of the lot! 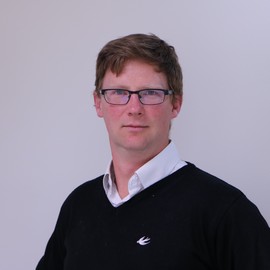 Jason Tee is a sports coach and scientist with broad experience in the areas of talent development, injury prevention and coach education. He has worked across the development pathway from grassroots to international competition. Jason’s approach is to combine research evidence with practitioner experience to produce performance solutions with real-world effectiveness.

RUGBY: Was This the Biggest School Match on the Planet?