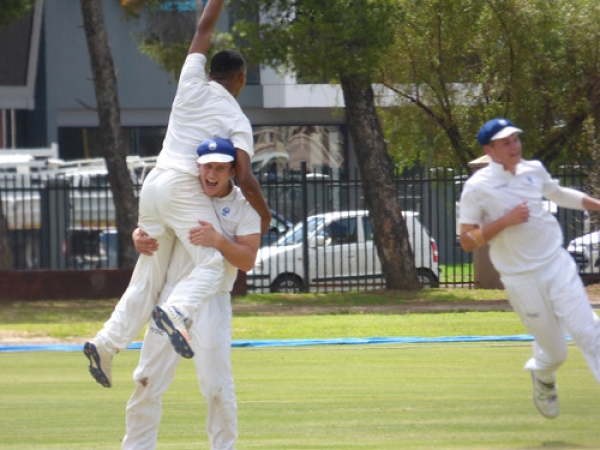 It is Hilton College that narrowly regains the number one position on this week’s Belgotex Sports First XI Rankings after a valuable win over a strong Clifton side.

Hilton’s upsurge is also due to Rondebosch coming unstuck against Affies who handed the Cape side their first defeat of the season by over 100 runs. Earlier in the week, the skill of the coin toss helped Rondebosch secure the WP T20 Knockout tournament when the weather intervened and the only way a result could be obtained was by the toss of the coin. In one of the matches the coin favoured Bosch at the expense of SACS.

Affies make some positive moves up the table after a good week with wins against Rondebosch and PRG and a sensational tied result against Wynberg.

Kai Curran hammered an unbeaten 135 against a struggling Bellville outfit and Westville’s Gibbon also got the three figures against DHS.

KES have clearly hit their straps and are claiming scalp after scalp as they move up to the second spot on the rankings. St John’s College were their latest victim thanks in part to Bryce Parsons who ripped out four wickets for 28 runs.

The minimum qualifying matches before appearing on the rankings is now 5 matches. So please send your team’s results to [email protected]