Home Sports Cricket Cricket: The Main Verreynne Does Something Insane! 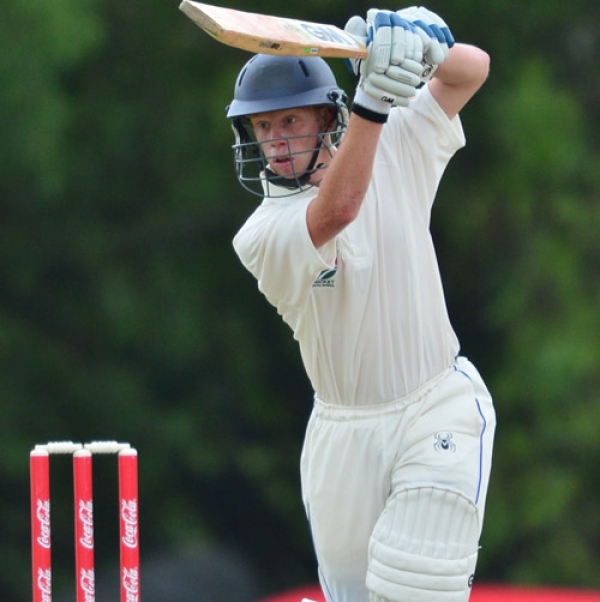 Kyle started the morning off fairly conservatively scoring an unbeaten run-a-ball 56 against Rondebosch in a losing cause. However, the Wynberg 1st team wicketkeeper batsmen did not hold back in the dead rubber 3rd and 4th playoff against Paul Roos, smashing the ball to all parts of the ground.

Kyle opened the batting and batted right through Wynberg’s innings, scoring an unfathomable 155 runs off 61 balls as Wynberg set a mammoth 272/3 in their allotted 20 overs. His innings included just 6 fours and a total of 17 sixes, as he batted at a 254 strike rate. Paul Roos fought back valiantly and were not going to die wondering – scoring a respectable 216/9 as they went down by 56 runs.

Kyle has come on in leaps and bounds in the last year and has taken his game to new heights. His ability to turn even the slightest width on offer outside the off stump into a boundary and his ability to sweep the spinners and manipulate the ball into gaps is two of the key strengths that has seen him rise to prominence in the last few months. He has already achieved a lot in his relatively short cricket career representing Western Province in the various age group sides. He also made his debut for the Western Province Amateur team earlier this year.

Kyle is also a member of the South African U19 side that will be touring to Bangladesh in April as part of their preparation for the U19 World Cup that will take place in 2016. One thing is certain, if the main Verreynne keeps firing on all cylinders, this will not be the last we will hear of the aggressive, fiery top order batter.