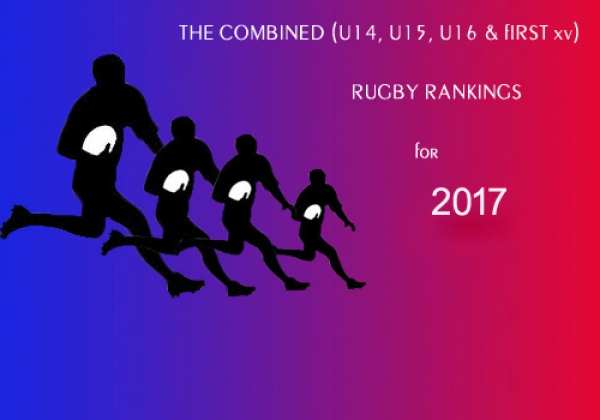 The 2017 school rugby season has finished and once again we have witnessed the sport played in its purest form at an astonishingly high level.

The challenge for the administrators of the sport is how to effectively manage the strong flow of talent that seems to endlessly flow from the school fields in a way that ensures the country takes its place as the leading rugby playing nation.

However challenging that task is, one fact that is guaranteed is that the schools, coaches and players are doing their part in providing a pool of players that will keep the strong traditions of rugby beating strongly in South Africa.

As is the tradition at SA School Sports we have combined all the rankings to produce a Combined Rankings for 2017. These rankings include the First XV’s, U14’s, U15’s and U16’s which serves to illustrate the all round rugby strength of a school.

Taking in all the average bonus points achieved by the various age groups we have Grey College taking the top spot just ahead of Boishaai. Across the age groups Grey proved to be consistently at the top with their U16’s and U14’s performing better on paper than Paarl Boys High which gave them the edge.

The renewed fortunes of Helpmekaar are particularly interesting as all their teams performed competitively throughout the season which underlines the strong rugby culture they nurtured during 2017.