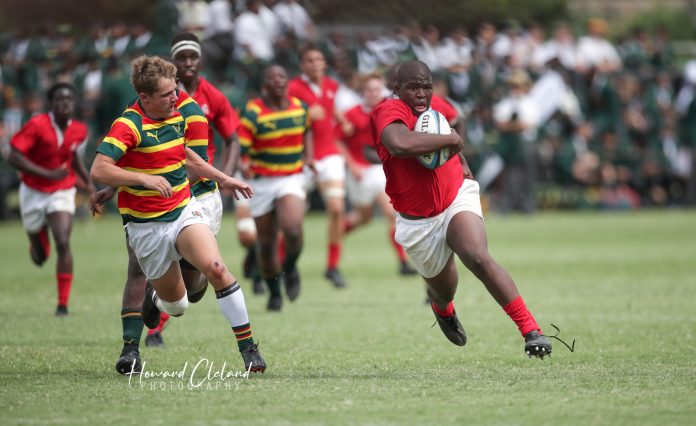 Dixons, the Home of the Green Machine, is an inhospitable place. The field is hard, the crowd is partisan and there is just no doubting the host’s intentions to dish up hard, uncompromising rugby. Throw humid, blustery conditions into the cauldron, and you get some sense of the scene that greeted 18 Michaelhouse rugby teams as they disembarked at Glenwood on Saturday.

The boys in red were equal to the task though, and threw themselves at their first winter sport fixture in front of an audience for some years. Michaelhouse’s results against bigger schools at U14 level are predictable and went to general form with the C, B, and A teams all going down although House’s U14A boys made the hosts work hard for their 24-14 win after going into the hut all square on 14-14 at half time. The D team result, a 15-15 stalemate, was the pick of the age group for the visitors.

Glenwood’s U15A lads made the most of the home field advantage narrowing their 52-7 loss to House in U14 to a grinding 3-7 loss just ten months later. Michaelhouse were imperious in the age group, winning all four games, scoring 123 points in the process and conceding just three.

Michaelhouse were almost as dominant in the age group up, with only the D side not managing a win, going down narrowly 5-12. A similar margin to their previous encounter in 2021 separated the U16A sides. Michaelhouse looked as though they were hitting their straps going 24-6 up ticking over into the final quarter; but quickly found themselves defending that lead with a defiant Glenwood running in two late tries to narrow the deficit to 18-24 on the final whistle.

The first XVs thundered onto Dixons for their 88th showdown with Michaelhouse having lost only one of the open age group fixtures in a tight 12-14 arm wrestle in the fourths. Not more than ten points had separated any of the other four open games, so the stage was set for a belter of a game; Michaelhouse looking for their first win over Glenwood since that far-off home ground win by the memorable first team of 2015. When young centre Campbell Ridl helped himself to an intercept try to put Michaelhouse in the lead it looked as though the wait was over. But fortune had other plans and the visitors found themselves watching their 10-8 advantage slip between their fingers as penalty after penalty took the game further out of their grasp. A late penalty lineout on Glenwood’s try line, with both teams reduced to 14 men, didn’t deliver the fairytale draw which Michaelhouse supporters had convinced themselves would be a fair result. Glenwood’s 17-10 win, their 38th over Michaelhouse since 1934 wrapped up a good day for the Michaelhouse Rugby Club who went home to the Midlands with 11 ticks in the W column from 18 starts. 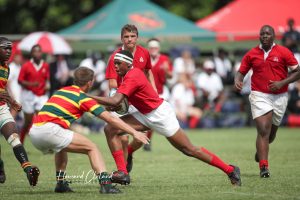 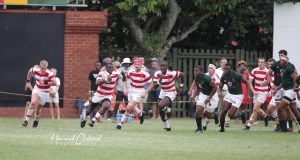 The Michaelhouse Hockey Club found themselves in a no more hospitable environment at the Three Schools Hockey Astro five minutes down the road. Like their brothers, they threw down the gauntlet and stepped up to the plate losing just one fixture, a 0-3 loss for the U16D lads. Friday night results had set the scene for more good showings. While House’s U14A boys came undone, going down 1-2 on Friday, the B and C teams found the back of the goal 18 times without letting the hosts score once. The U16C outfit recorded a memorable 8-0 win over Glenwood. House’s U16A boys enjoyed a comprehensive 4-1 win. Wins for the fourths (3-0) and thirds (7-0) preceded a tough 1-1 all draw in the second XI clash. By half time in the first XI game, Glenwood, looking for their first positive result since their 1-1 draw with House back in 2016 must have felt reasonably confident of being able to up the home field tempo and convert the 0-0 half time score into a win. House skipper Kamo Rathepe and his boys had other plans, romping home to a 4-1 full time scoreline.