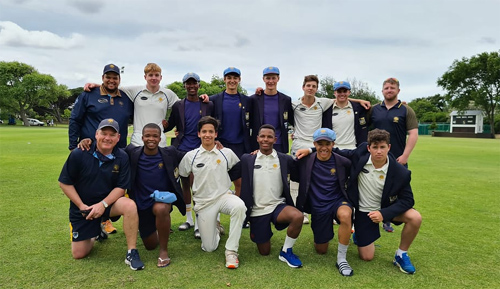 After a cricket season which look unlikely just a few months ago most schools have completed their 2021 season which has produced some wonderful performances.

The First XI School Cricket Rankings for 2021 has Rondebosch finishing as the leading school in the country with Affies, Hilton , Grey College and SACS occupying the top 5 positions.

Last week only a handful of matches were played out with the pick of performances coming from Maritzburg College’s Stefan Delport who signed the season off with a belligerent 145* off 122 balls against Michaelhouse.

A glance at the rankings will reveal that the cricket strength is evenly spread throughout South Africa with 3 Western Cape teams 2 Pretoria teams, 2 KZN teams, and 1 each from the Eastern Cape, Free State and Gauteng making up the leading 10 teams in the country.

Well-done to all the players and coaches who put in some huge performances and kept the enthusiasm going throughout the COVID-19 induced drought.

We look forward to bringing you the 2022 First XI Cricket Rankings!